Tarsiers are a family of one of the smallest primates, which dwell on the islands of South-eastern Asia. They are hard to be observed in their natural environment because of their night life. Additionally the length of their bodies does not exceed 20 cm. They have enormously big eyes (each the same size as their brain), which not adopted to rotate, allow to look only forward. However their heads can rotate by 180 degrees. Longer limbs at the back and the tail allow them to take very precise jumps, sometimes few meters long. It is useful during a night hunt, mostly on insects, but tarsiers do not despise of small birds, snakes and lizards.  Pregnancy lasts for six months, the female can give birth to only one young. The tarsiers do not have the olfactory centers in the brain, until recently it was considered also that they make no sound, but the Filipino and American scientists have proved that they communicate using ultrasound, audible only to themselves. Unfortunately the tarsiers are threatened with extinction. So far the only facility where in semi-natural conditions it succeeded to raise the population of tarsiers is the Tarsiers Reserve and Research and Development Center. It is located Bohol Island in the Philippines. 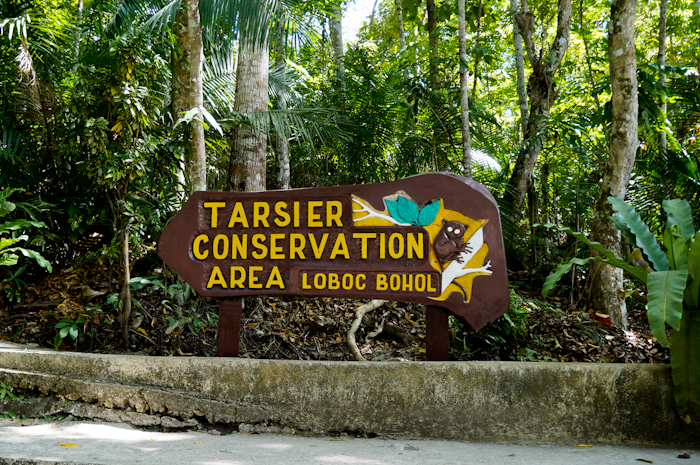 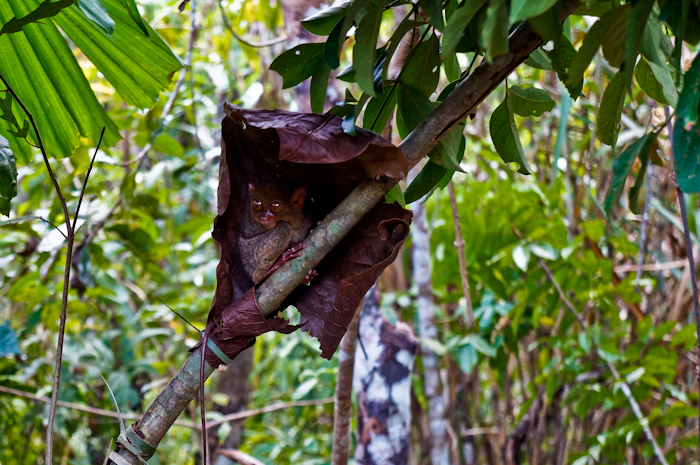 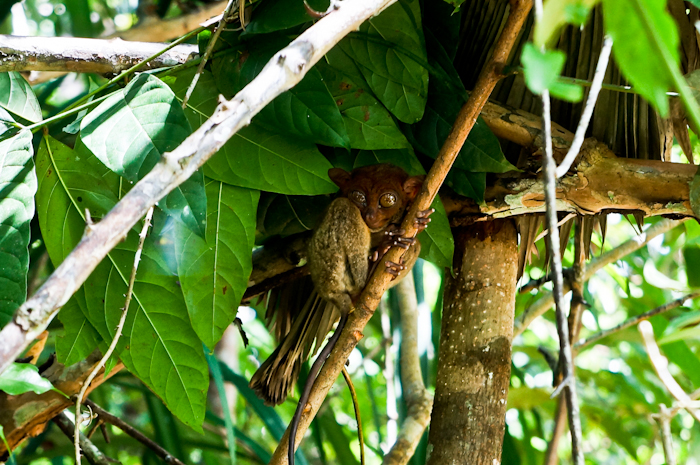 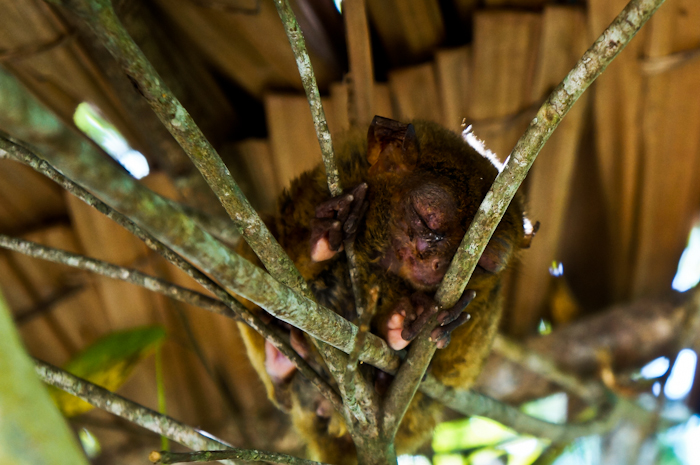 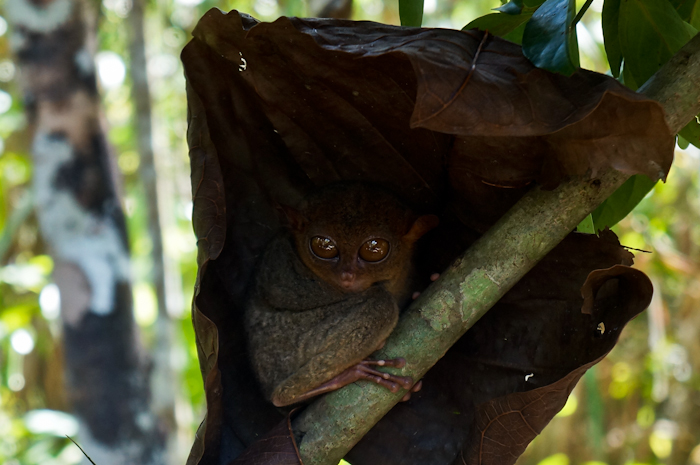 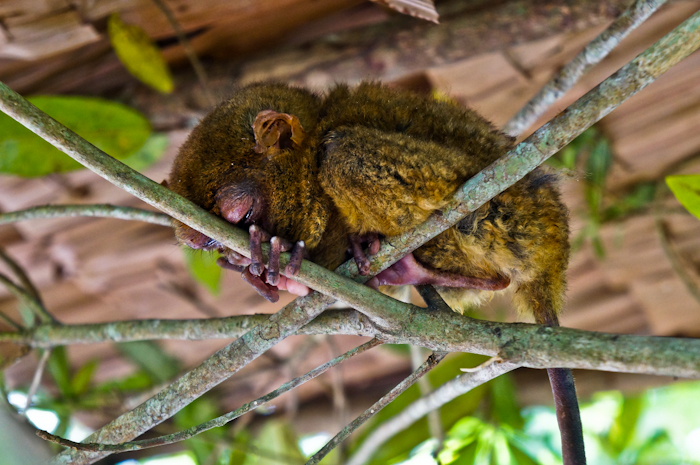 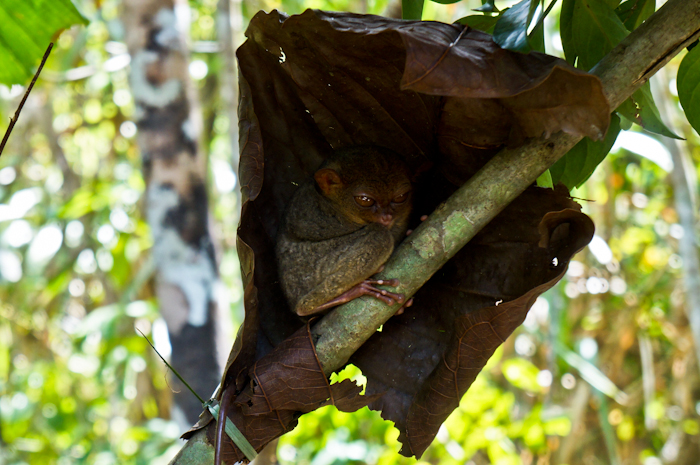 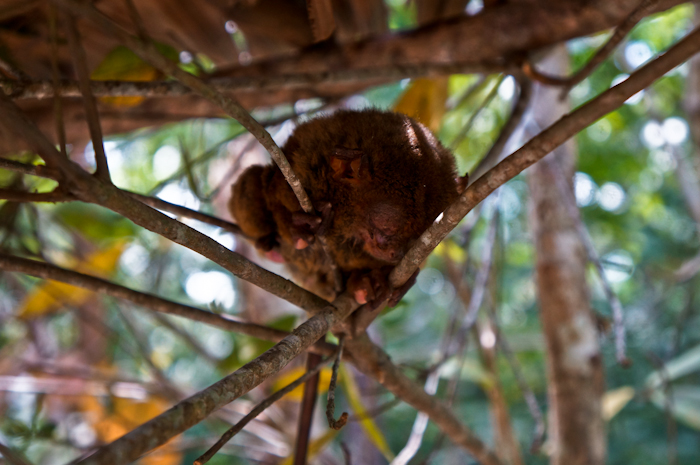