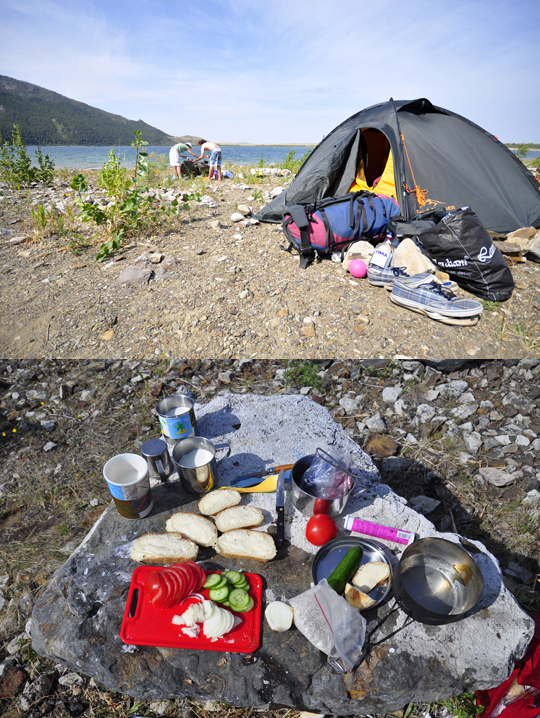 Three hours of itinerary, 10 minutes by hike, 20 minutes on foot and here we are surrounded by nature. Hills, lakes, forests, almoust hollow, but only because it is the end of the season. The amount of garbage in the forest indicates tha many people has been camping in here. So call Kazach Switzerland (The Burabay National Park) is a place of weekend rest for the inhabitants of the capitol. Durng the day they seek leisure on the beaches, after sunset in local pubs and casinos. A more accurate then „Switzerland” would be the Beskidy of the east, which also allows us to feel more at home. All that iddylic atmosphere ends on the third day whene therain comes and temperaturę drops by 15 degrees. Our scout skills taen from „Rambo” and „lost in action” are not enough to tackle the inconveniences, therefore we pack the tents ang go ahead.

– What are you doing here?

– You won’t make it here, especially that you are standing on the road towards the city.

– Oh…and we will discuss it

– Wait, we will back soon 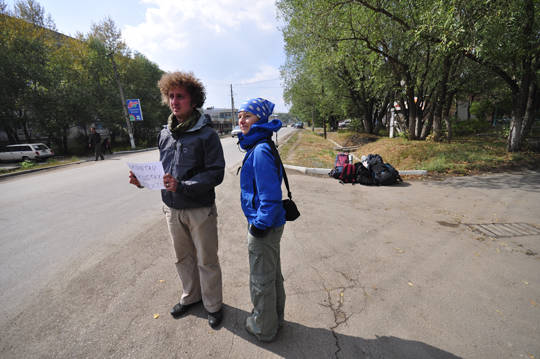 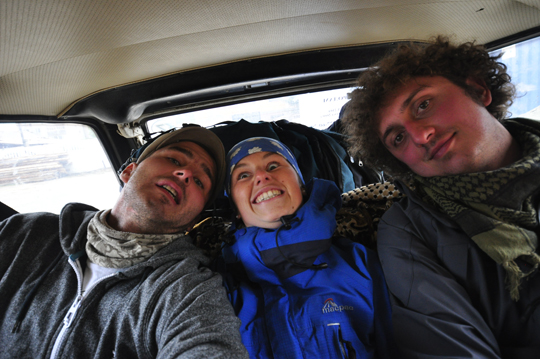 They were actually back, it appeared that they both had Polish origins, they descend from Polish families exiled here, to these „fertile” lands during the Stalin Times. Brothers Siergiey and Yura both study in Wroclav. Instead of a hike they offer us with a trip around the area of Szczuńsk, shashlyks, beer and a meeting with their families and friends. They also offer a place to sleep and so called „russian bania”, which is not a name for excessive drinking, but for kind of sauna and whipping yourself with birch wigs. On the next day, after all those events they drive us 70KM ahead. Thank you guys… 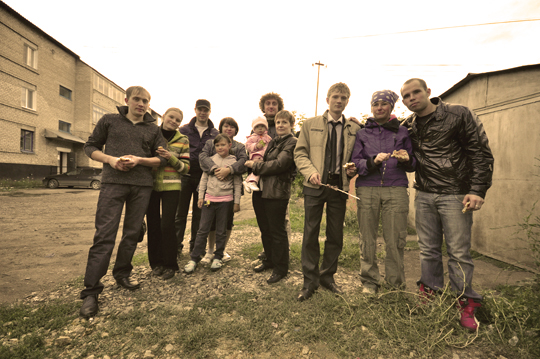 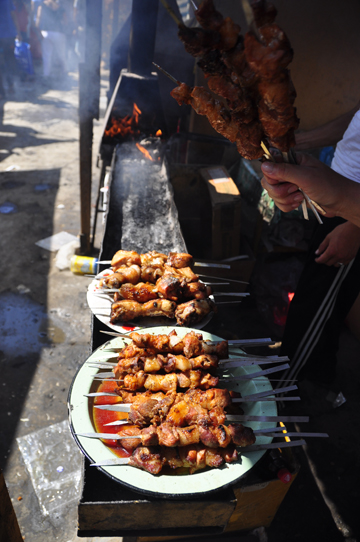 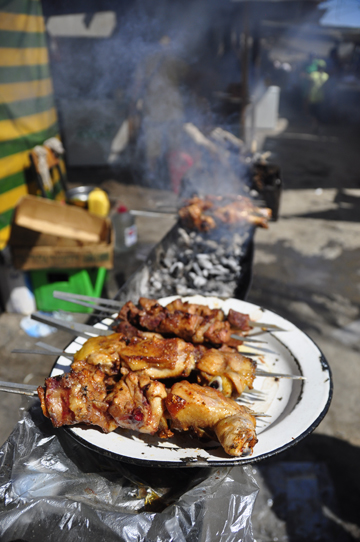 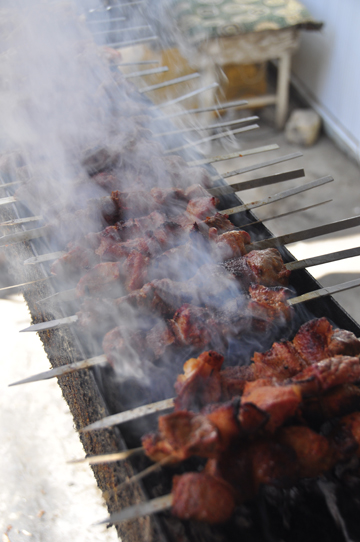 We were recommended to meet with Mr. Stanislaw. Fortunately he is rather a Stashek, than a Stanislaw. Then the hisory repeats itself and instead of one afternoon we spend with him three days. Hospitality of those people is admirable. One phonecall and we have a place to sleep. Stas just came ack from Wroclav from so call „zero year: which a pre-studies preparation, mostly through polish lessons. Just like in many other families, it s the same in Stashek’s famility, their mother tongue became very distant for them.

It’s not easy to live in Kokshetau, and Stas who was raised in „shanghai” neighbourhood knows its best. KInd and cultural boy, with his heart on his hand, he plays in folk band „Steppe Flowers”. The same boy in a serious manner teaches u show to use a knife in a danger situation(„…do not wave the balde in front of you, let your oponent make the forst move, block him and hit him with the other hand – that should be enough…”).

His goodbye words were simple, but very meaningful:

– I got used to you guys, it’s a pity that you need to go, it was fantastic..

Exactly, it was fantastic, good luck in Poland! 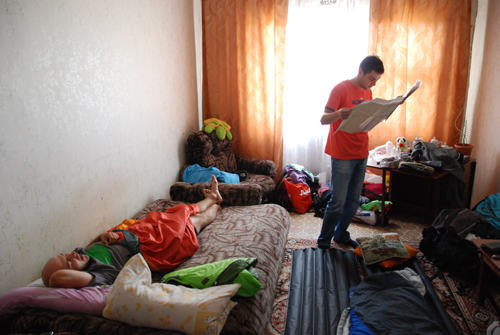 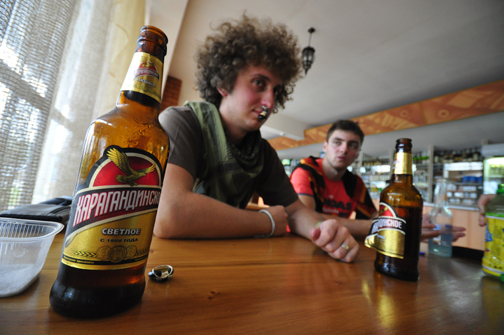