It 2AM, we have travelled for eight hours in an oven* through the steppe. Ahead of us is a accommodation at railstation benches in Aralsk.

*oven – A bus with air conditioning where air-con is broken, and windows don’t open. 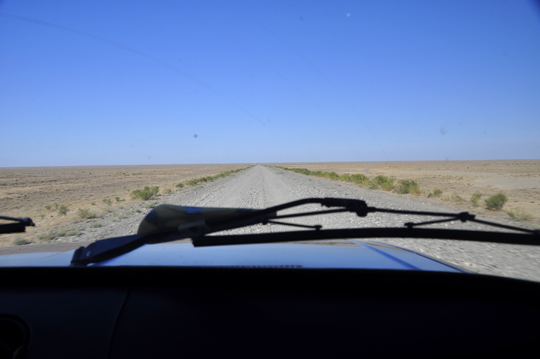 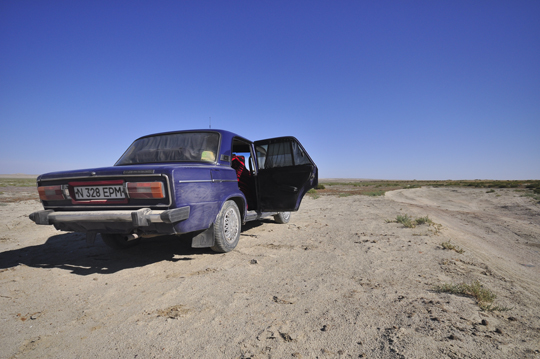 In the station wall there is a ceramic mosaic on which Lenin looks proudly at fisherman from Aralsk. They share their catch willingly with their hard working comrades from far sides of the Soviet empire.

In front of the station there is a large momunt of fishing boat.

In the fifties soviet scientists deduces that the existence of Aral lake is a nature’s mistake. Mistakes are supposed to be amended. In 1954 a Karakum Channel has been built, and it started the irrigation of the desert areas of Uzbekistan and Turkmenistan on a huge scale. In the sixties another irrigation systems appeared, Syr-daria and Amu-daria, which caused the amount of water reaching the lake to be reduced by 90%. In 1960 the Aral Lake with area of 68000km2 was fouth largest lake in the World. In 2008 total are of two existing lakes is 16600 km2.

It is estimated that water drained in Syr-daria and Amu-daria in 70% soaks into the soil or evaporates. The remaining 30% reaches the fields whete the cotton is grown. Thanks to that so called “white gold” became the basis of the economy of that region, and Uzbekistan it the largest exporter of Cotton in the world. At the same time one of the largest ecological catastrophies caused by human had happened.

Some say that Aral LAkes used to be called a Thousand Island Lake. Due to the lowering of water level the lake had divided into two lakes. Between them a desert has appered. The Aral desert.

Since the mid 20th Century tests concerning biological weapons were conducted on the Resurection Island. A secret traverse has been closed in 1992. In 2000 due to the lowering water level the Island stopped being an Island. Neither Kazachstan nor Uzbekistan claims that land. It’s no man’s land. In 2002 a joint American and Uzbek expedition has discoverd at least ten locations with Anthrax virus. Nobody knows the other „surprises” on that secret Island might be. What is known is the fact that this teritory is not secured in any way, and animals living there may move as the will along the Island and towards human settlements. 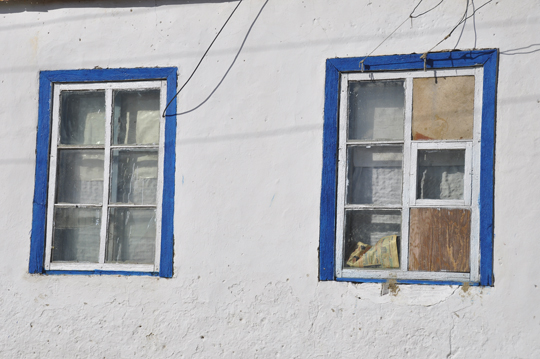 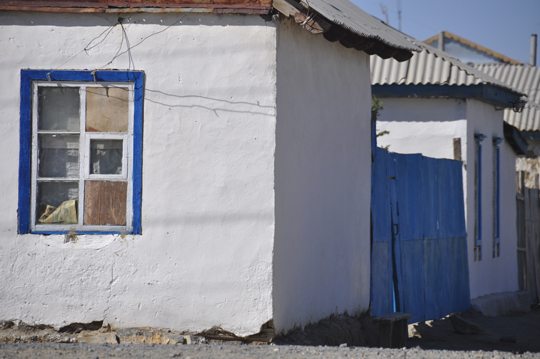 Once a small fisherman village located 60km from Aralsk, today oday it is only a small village 60km from Aralsk. Nobody knows what allows that small group of people who left to survive. Around the village there are ships, shipwrecks on the steppe. 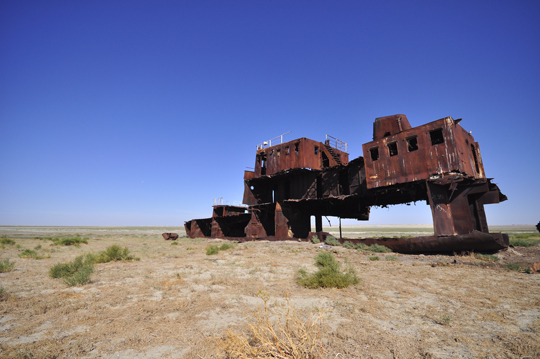 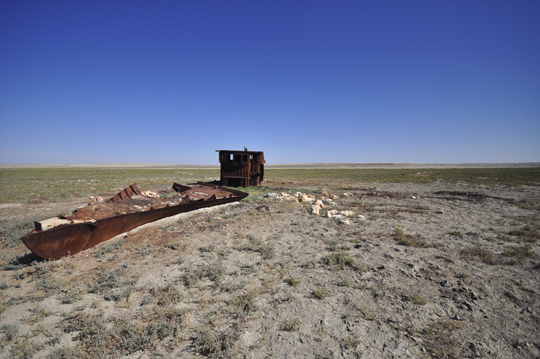 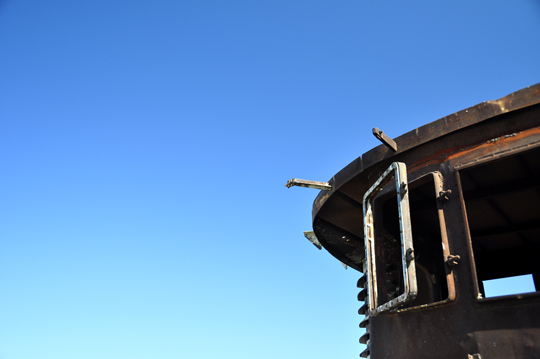 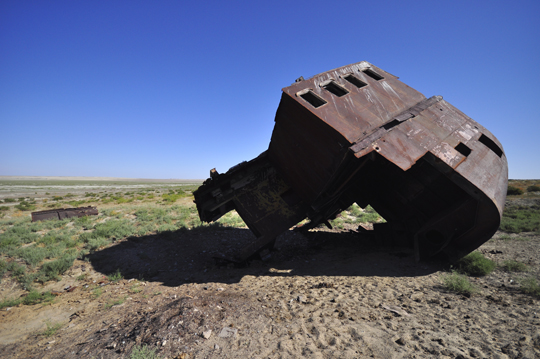 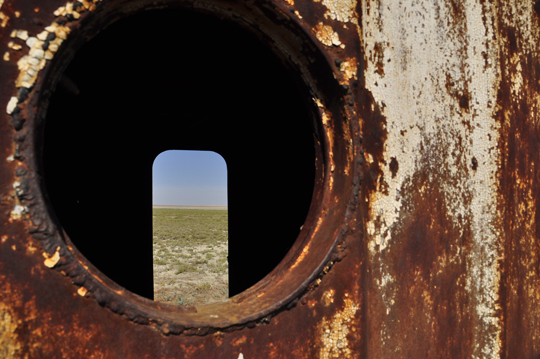 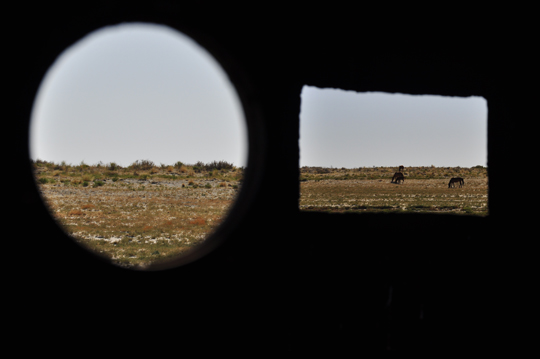 Lack of water = lack of fish

Lack of fish = lack of work

Lack of work = lack of money

Lack of money = lack of perspectives

Lack of perspectives = lack of hope

Lack of all the above = a human tragedy

The fact that the lake’s water is disappearing is causing climate changes. Newly created Aral Desert, located on the area of the former lake bottom is contaminated with pesticides coming down from fields via irrigation systems. Stong winds blow that contamination for thousands of kilometers. During last two decades in villages aroung the lake there has been a significant increase in the incidence of tuberculosis and cancer of the larynx. Also the percentage of infant mortality has increased.

In 1992 countries of Central Asia have signed a document that obligates them to pay 1% of their GDP for the Aral Lake Preservation Fund. Until the end of 1994 not a singe dolar had appearend on Fund’s account.

In 2000 the United Nations showed a project of recultivation of that area of ecological disaster. Unfortunately the project does not indcate how this goal could be achieved.

There are ideas of building channels to provide water from othe rivers such as Ob., Irtysh, Volga.

In 2006 an agreement has been signed between the Uzbekistan Gvernment and few Oil companies in regards to possibility of exploiting gas and oil from beneath the bottom of the old lake. This has ultimately shattered the chances to revitalize that area.

There is still „hope”. Hope that by some coincidence the caseof Aral Lake will no longer be the biggest eco-catastrophy of all Times. There are the Chnese and their Three Gorges Dam, which has a chancem a Chance for something more…